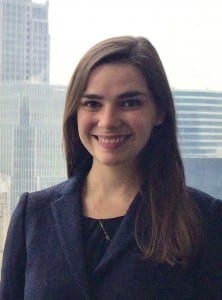 Courtney T. Podkowa completed her undergraduate studies at Tulane University in New Orleans where she majored in business and received minors in Spanish and legal studies.

While at Tulane, Courtney worked as a tutor with the Tulane University After-School Enrichment Community Service Program.

Her junior year of college, Courtney lived with a Spanish family in Madrid, Spain and spent a semester studying business at ICADE Universidad Pontificia Comillas.

Courtney is originally from St. Louis which is where the majority of her large family lives. Having two sets of parents, Courtney was fortunate to grow up knowing not only six of her grandparents, but also one of her great-grandmothers. Courtney’s close relationships with these family members are what originally inspired her to work in the area of Elder Law.

IF YOU WANT TO SCHEDULE AN APPOINTMENT FOR A CONSULTATION ON THIS OR ANY OTHER LEGAL TOPIC, PLEASE CALL (847) 253-7500 OR GO TO CONTACT US PAGE.